How To Brew Sahti: Delicious and Historic Finnish Beer

Ancient beers are fascinating to discover. Why not brew one? Finnish sahti is a delicious raw ale and one of the oldest beer styles in the world. We’ll cover all you need to know to brew a fantastic sahti at home.

What is a Sahti?

Sahti is a traditional farmhouse ale from Finland. Beer historians believe it was brewed and consumed by the Vikings. What we know for sure is that sahti is one of the oldest continuously brewed beer styles in the world.

Over the last 600 years, sahti brewing has been well documented throughout Finland. Sahti varies wildly across the country but every farmhouse or family brewer has their own take on the style. It can be thought of as a brewing philosophy, with broad guidelines, rather than a very specific recipe.

That said, there are a few aspects of sahti that are considered typical for the style:

Sahti is brewed with local ingredients. Its base is malted barley and a mix of either malted or unmalted rye, oats, and wheat. Traditionally, juniper branches are used to filter the grain, imparting a distinct pine character in the finished beer.

Sahti is a raw ale, meaning the wort is not boiled. Hops are not traditionally added, but can be used in the mash or as a dry hop to complement the juniper flavor.

Sahti is a celebratory drink – served at weddings and festive gatherings. It’s also commercially available to be consumed across Finland year round.

What makes a good Sahti?

As a farmhouse style, sahti brewing is experimental and creative. It’s much less about precision brewing practices, and more about using what you have available to make delicious beer.

Across Finland, farmhouses and families all brew their own take on the country’s much-loved beer. Practices passed down through generations have maintained a consistent quality in their recipes.

A great sahti should have an expressive yeast character. Fruit, especially banana, should be prominent in both aroma and flavor. As the Finnish bread yeast does contain some wild yeast and bacteria, farmhouse flavors and light tartness may be present. Since sahti is normally consumed young, these wild characteristics aren’t normally prominent.

Darker versions should have a distinct dark rye breadiness. And stronger versions will certainly have a warming alcoholic finish.

Juniper character should not be overly pronounced. Some brewers omit juniper altogether. Complementary resin and pine notes are delicious but in high amounts can detract from the drinkability. If hops are used, they should come across as earthy and herbal, rather than fruity or dank.

Sahti has a hazy, turbid appearance. Because it’s a raw ale, there is no boil and therefore no hot break. Proteins that would typically be precipitated during a boil are left suspended in the finished beer. On top of that, sahti yeast is a low flocculator. These two factors are not only visual: they help give sahti its distinctive fullness and viscous body.

How to brew a Sahti

Our take on sahti uses modern homebrewing technique and equipment. It’s a homebrewer-friendly interpretation of sahti brewing. Feel free to modify this process to fit within your brewing equipment’s capabilities.

Traditional sahti was made with whatever grains were available to the brewer. Barley, rye, oats, and wheat can all be used. Don’t be afraid to use any other local grain that could add a sense of terroir to your sahti.

Stick to about 70-85% barley malt. Pilsner and pale ale malt should provide most of the fermentables. Add in Munich malt (both light and dark) up to 10-20% for a deeper color and more malt complexity.

Rye malt is very common in many farmhouse sahti recipes. 10 to 15% rye (either malted or unmalted) adds body and a delicate spice note.

To filter the mash, juniper branches are traditionally used in the lauter tun. For homebrewers, these branches can be mixed in with the mash in a typical mash tun or BIAB setup. We also like to first boil the juniper in the strike/sparge water to infuse juniper flavors as well as sanitize the wild branches.

So where can you find juniper branches? In the northern hemisphere, Juniperus Communis (common juniper), can be foraged in colder climates. Depending on where you live, other varieties may grow natively.

If you are unsure about the type of juniper to forage, please take caution and consult with an expert. Some varieties may be toxic.

How much juniper should be used for brewing sahti? Bring a few small bundles of freshly cut branches up to near boiling with your strike/sparge water. Put 5 or 6 of the boiled branches into the mash tun. If using berries, add about 0.75 ounce lightly crushed juniper berries to the mash.

In terms of hops, a handful of low alpha acid, European hops can be added during the mash or directly to the fermenter. We’re looking for earthy complementary flavors. Hops can provide a bit of anti-microbial protection but really aren’t needed for a great sahti.

The traditional sahti process involves a separate mash and lauter tun. Most homebrewers use a combined mash/lauter vessel or a single vessel BIAB system so we’ll suggest a work-around.

Traditionally, sahti uses a multi-step mash. After the final mash step, the wort is lautered through freshly cut juniper branches in a hollowed out log called a kuurna. At home, we prefer modernizing this process just a little bit!

While being historically accurate is fascinating, it’s not always practical for homebrewers.

We still advocate for the multi-step mash. Mashing long and at specific intervals ensures a highly fermentable wort, less chance of spoilage, and a full bodied beer.

Start by boiling the juniper branches in the strike and sparge water for 5-10 minutes. The boiling makes sure that no wild yeast or bacteria are carried over from the branches. It also draws out more juniper character into the brewing liquor.

Add some of the boiled branches into your mash tun. Perform a step mash with the following rests:

At the end of the final rest, sparge the full volume into a sanitized kettle and chill to pitching temperature.

Though this is a raw ale, the mash out step works to kill most of the spoiling bacteria present in the mash. If you’re worried about a spoiled batch, or cross contaminating your equipment, you can pasteurize the wort. Bring the wort to 185°F and hold it there for 10 minutes.

The most common yeast for sahti brewers is a Finnish Baker’s Yeast called Suomen Hiiva.

It may sound strange for most homebrewers, but this baker’s yeast has long been used for brewing beer in Finland. This yeast ferments fast and attenuates well. It produces distinct phenolic clove and estery banana character.

As baker’s yeast is not the same in other countries, it’s tricky to recommend using store bought yeast in your sahti. The common North American grocery store brand, Fleischmann’s, doesn’t produce the same fruitiness. Other baker’s yeasts may work and it’s definitely worth experimenting if you’re so inclined.

For this reason, unless you can get a Finnish yeast like Suomen Hiiva, we recommend using a high-ester producing brewer’s yeast.

Kveik is the natural option, being a nordic farmhouse range of yeast strains. Try Omega OYL-091 Hornindal Kveik, though ester production might not be high enough for sahti.

To get more of that isoamyl acetate banana ester, try hefeweizen yeasts. We like Wyeast 3068 Weihenstephan Weizen or White Labs WLP300 Hefeweizen Ale. For dry yeast, Fermentis WB-06 is another good option.

Fermentation temperature should be relatively high, around 70-75°F, to push those fruity esters.

Once fermentation has completed – about 5 to 10 days – it’s time to package the sahti.

Sahti is traditionally served still. Most Finnish farmhouse brewers brew their sahti to be consumed young. Often directly out of the fermentation vessel or barrel.

Sahti can be bottled directly off of the fermentation vessel into plastic bottles. Because it’s a raw ale, there is still a chance that bacteria or wild yeast survived. Bottling in plastic (like a re-used soda water or Perrier bottle) is a much safer option than glass. If it starts to re-ferment in the bottle, you’ll be able to feel the plastic bottle start to swell.

Kegging is a great option for homebrewers. You can put a bit of pressure on the keg, which will slowly carbonate the sahti. Small levels of carbonation can be nice, even if not exactly traditional. Many beer drinkers prefer a bit more carbonation (think 1.5 to 2 volumes of CO2, like an English cask ale).

Allow the packaged sahti to cold condition for 1-2 weeks before consuming. Yeast and proteins will slowly drop out of solution, but the beer will still be hazy. Store chilled and drink sahti within 1 to 2 months from packaging.

A few bunches of freshly chopped juniper branches to infuse the brewing liquor and to be used in the mash.

If you can’t find juniper branches, use 0.75 oz of crushed juniper berries in the mash.

Sahti is a fascinating piece of brewing history. Once little brewed outside of its native Finland, homebrewers around the world are starting to explore the style. There is clearly something to it – it’s been around for centuries.

Drinking sahti is a fun experience, taking you back in time. Brewing sahti is even better. It feels great to try ancient brewing practices that stray from the sometimes sterile modern brewing techniques. Sahti brewing requires some intuition, creativity, and a laissez-faire attitude. Trust us, it’s a blast to brew! 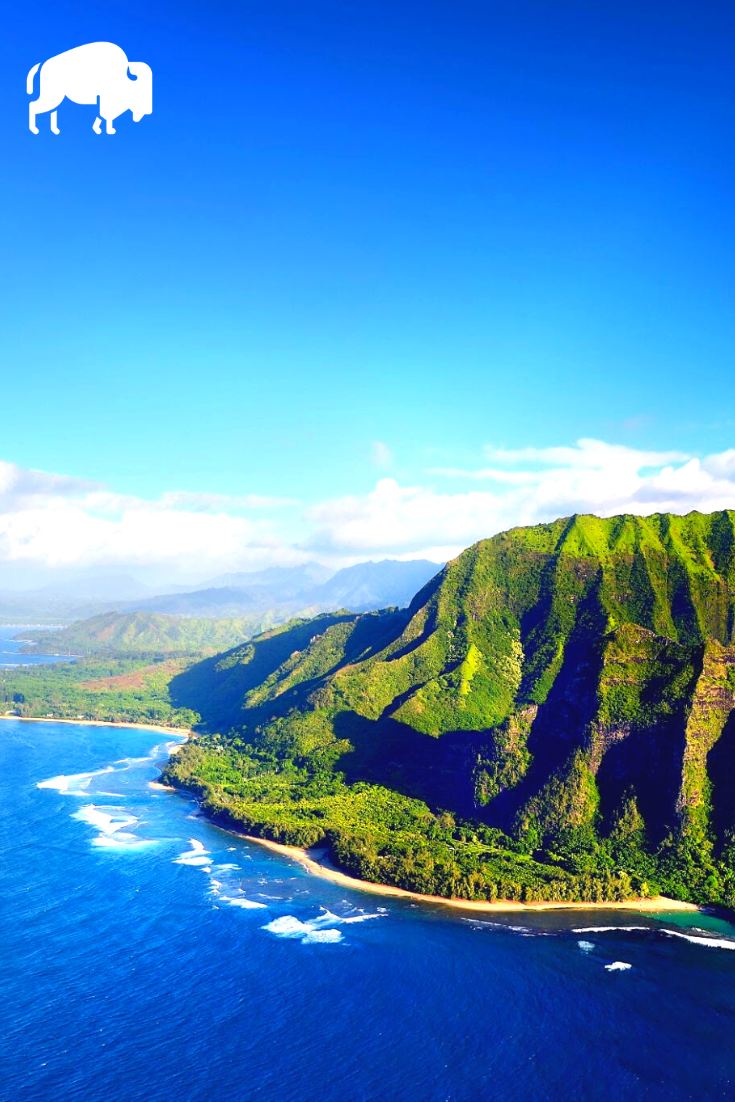